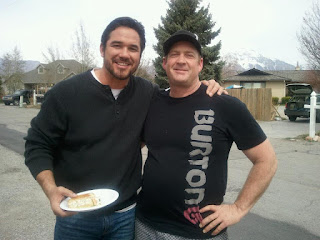 I am working on the movie" The Door Way" The star is super man Dean Cain. He is a really nice guy and loves my food.
The film and movie business is picking up in Utah. Lets hope there is lots more to come.
Things to do in Utah Gives all the current info on movie that are shot in slc-ut .
I cook lots of good stuff today, Dean loved my crab and avocado Havarti cheese sandwich ! slc-ut and Provo things to do. This movie was filmed in Provo Utah.
Posted by SLC-UT at 6:14 PM No comments:

Email ThisBlogThis!Share to TwitterShare to FacebookShare to Pinterest
Labels: Provo Things To Do, Salt lake things to do 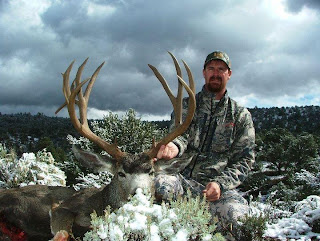 Utah Hunting can be some serious fun Time out of doors is a precious commodity to the outdoor enthusiast — but are we getting the most Utah Hunting out of this time. One way to ensure maximum back country enjoyment  while your hunting in Utah is to get the most possible value from the gear you acquire and use. 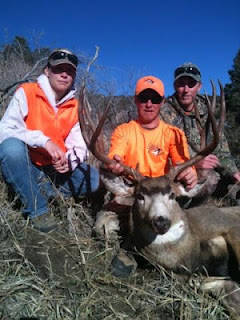 
Utah Hunting is managed by the Utah Division of Wildlife Resources (DWR) and proclamations are set yearly. Always check the latest proclamation for species you want to hunt as you plan your trip. Optimize your time hunting in Utah. The easiest way ensure maximum outdoor enjoyment is to get the most possible value from your gear. 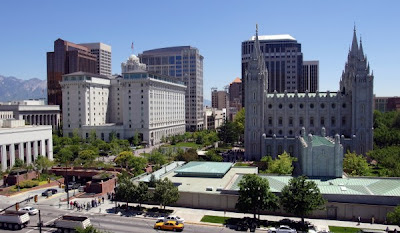 The west side of Saltlake Utah tours has historically been a working-class neighborhood, but recently the more affordable nature of the area has enticed many professionals to the neighborhood. For example, the small, increasingly trendy Marmalade District on the west side of Capitol Hill, considered seedy as recently as 5 years ago, was heavily gentrified and is now an eclectic and desirable location. During the 1970s and 1980s, gang activity was also centered in the western neighborhoods of Rose Park, Poplar Grove, and Glendale.
Posted by SLC-UT at 5:08 PM No comments: 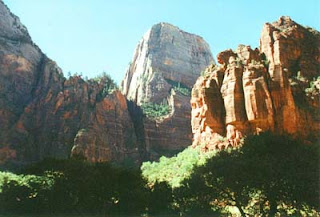 Zion National Park Designated in 1919, Zion is Utah's oldest national park. The park is known for its incredible canyons and spectacular views. Famous hikes including The Narrows, Subway, and Angels Landing attract adventure enthusiasts from around the world. Hiking possibilities are endless.Nearly three million visitors per year, Zion is Utah's most heavily used park. Most park facilities are located in the Zion Canyon area, and it attracts the most visitors. There are four main sections in Zion National Park. Park Info and Map. 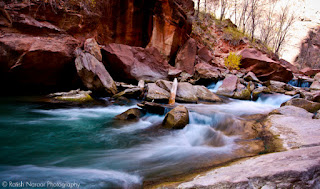 The Virgin River has gnawed through native sandstone to create the incredible scenery found in Zion National Park. The river itself now serves as a natural corridor for exploring the park. There are several easy, self-guiding trails in Zion National Park along the river, along with more challenging hikes where the river and its tributaries cut through narrow canyons. For those with strollers or in wheelchairs. 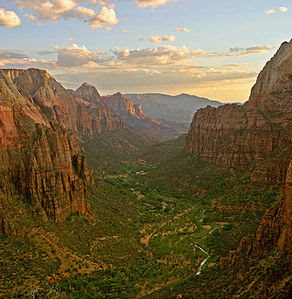 Zion is one of the most breath taking places on earth. Zion can not be seen in a single day trip, either plan to visit Zion for a few days or you will be coming back again.  Zion is located in the Southwestern United States, near Springdale, Utah. A prominent feature of the 229-square-mile  park is Zion Canyon, which is 15 miles (24 km) long and up to half a mile (800 m) deep, cut through the reddish and tan-colored Navajo Sandstone by the North Fork of the Virgin River.

Welcome to SLC-UT.COM Thank you for coming! We hope to bring you updated and exciting information regarding Salt Lake City itself, the rich history of SLC, Events and Things to do in the SLC-UT area, keep checking back for up-to date News regarding the SLC-UT area.


SLC-UT is accepting Photo submissions if you have a Photo that you would like to share with the SLC community please send them to slcut89@gmail.com with a description of where the photo was taken and directions to getting to the location.

Utah Things to do

Salt Lake Things to do

Park City Things to do

Provo Things to do

St. George Things to do


Or if your traveling outside the state

Tucson Things to do

Colorado Things to do

New Mexico Things to do
Posted by SLC-UT at 1:07 PM No comments: